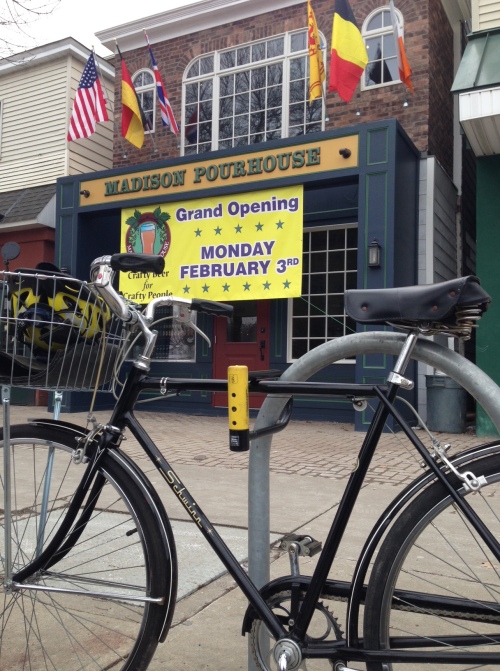 Madison Pour House is open and I am pleased to be their first customer. The place is swell, the folks friendly and the beer, well my first, is awesome (Stone’s 17th Anniversary imperial IPA). 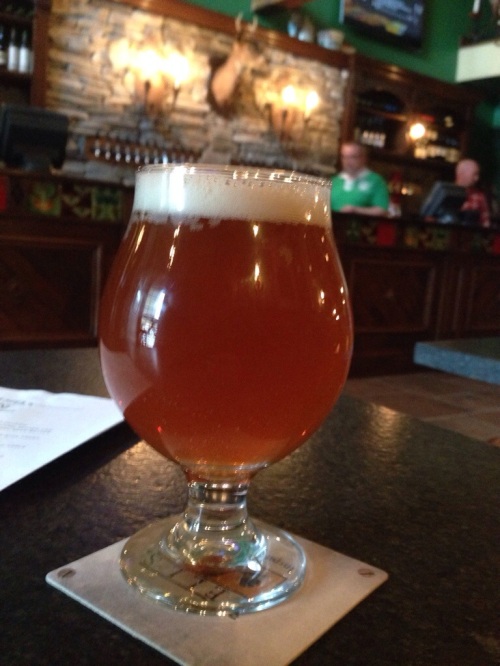 After I ordered the Stone, I remembered to ask about cask conditioned offerings. They had two.  Max, from Olde Saratoga Brewing Company, brought his IPA.  You know that was my second beer.  Incredible.  The second was an offering from Abita.  Love Abita and wanted to have that too but knew a third 10 ounce beer would be one too many.  Next time.

Max gave me a tour of the keg room.  A stand alone insulated building out back with state of the art plumbing (said Max).  He was giddy with excitement over it.  If making beer was my thing, I would have been too.  As it is, his enthusiasm was infectious.  So envious of that guy.

Oh ya!  Max put in a plug for the Saratoga beer week kick off party on February 18th at 5:00 at his place.  I really should try to make it.  If I don’t make the kick off, the Beer Summit Shuttle would be nice for the events the following weekend.  The possibilities!

I also enjoyed very much the company of  Ciaran (he is in the green shirt in the picture above).  You’ll do well to meet him when you go.  He knows his beer and was gentle when correcting my mistakes.  Someone to learn from.

Dan Savage, the general manager, was also a delight.  Obvious he cares very much about his new baby.  He asked me what I want to see there.  I dropped a good word for eating vegan and he seemed receptive (if they take my suggestion and add Field Roast sausage, you can thank me).  In any event, I am excited to see how the menu evolves.  As it is, the beer hummus was perfection.  The salt level and flavors were spot on and the fried pita alone may have been just what it took to get me home safely. 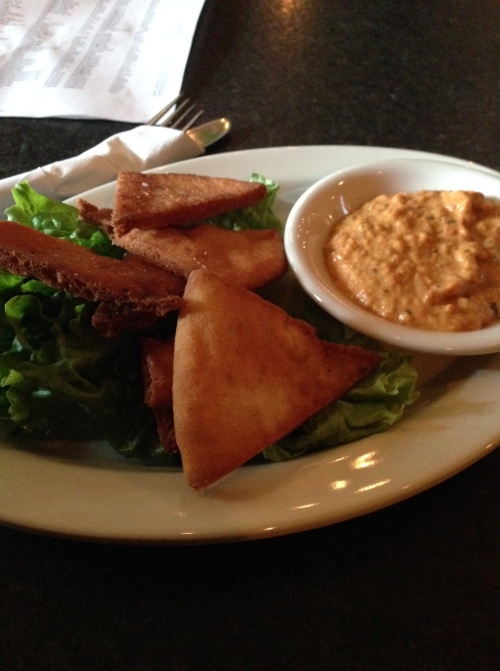 More later. I need to get back to my beer.